Theoretically it is possible to let just a computer like the Raspberry Pi control the heating, but I don’t trust computers enough to let them do the control directly. Think about things like sd-card or file system corruption, which on occasion can happen.

By making use of a dumb microcontroller based thermostat, it’s still possible to control the heating when the smart part fails.

By using a HC-05 Bluetooth module connected to the pic18f1320 microcontroller it’s possile to send commands to the thermostat.

The following commands are recognized by the thermostat: 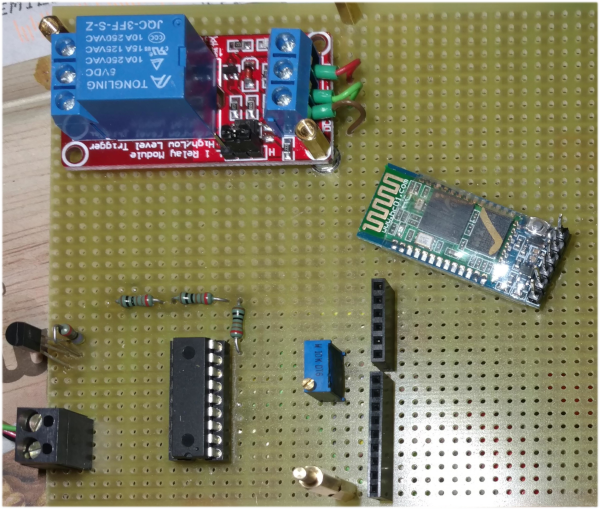 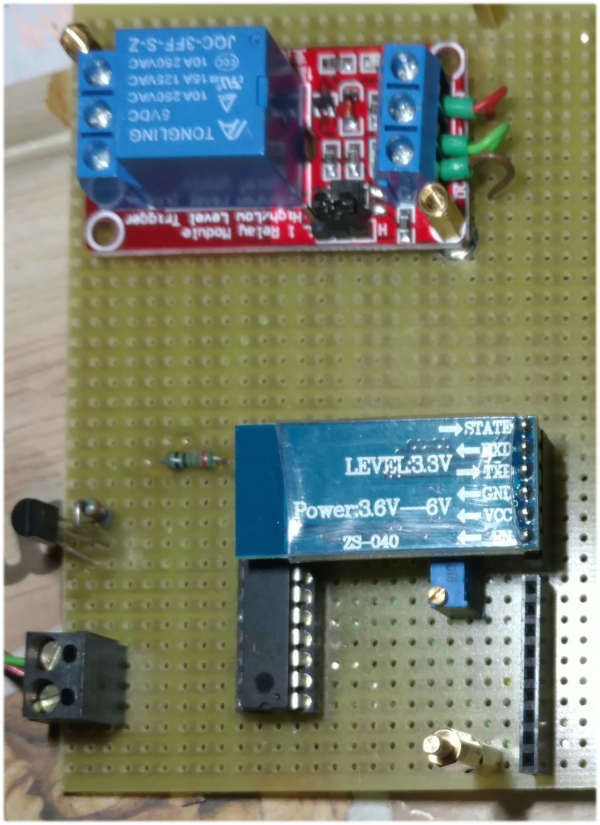 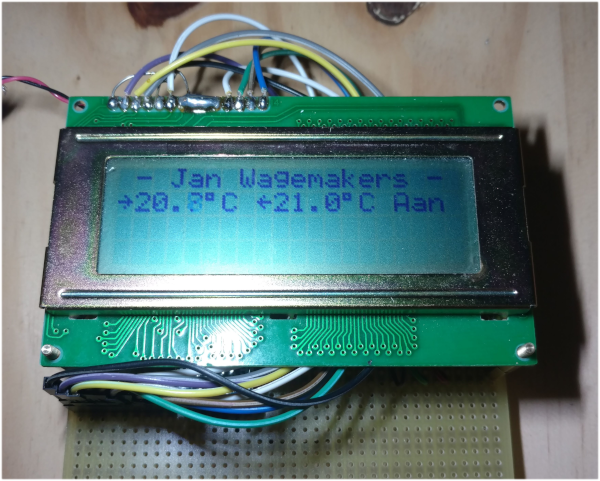 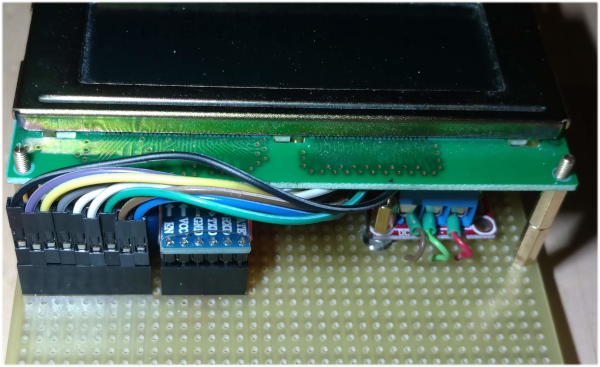 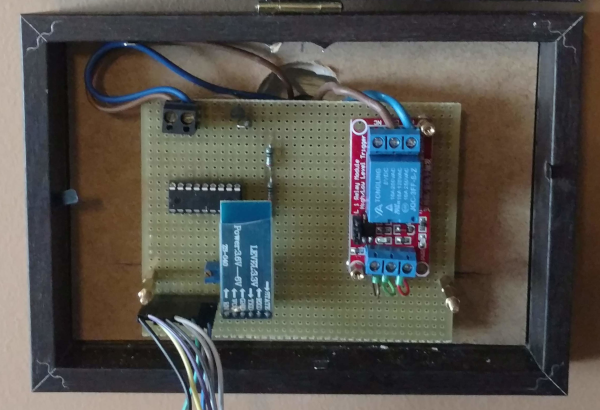 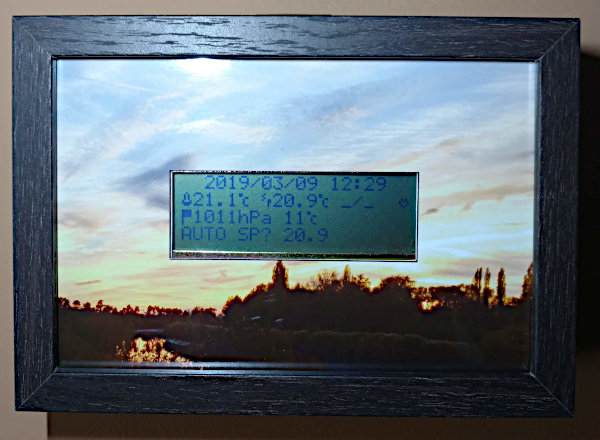 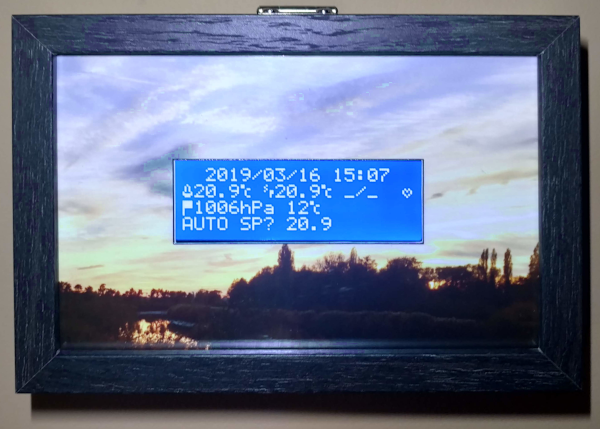 A demo version of the web interface is available at http://janw.mooo.com:24388.

Note that in this demo version it’s not possible to change the database (“rules”, “users”, “configuration”). The current temperature it shows is just a random value. It’s just there to show the current interface. 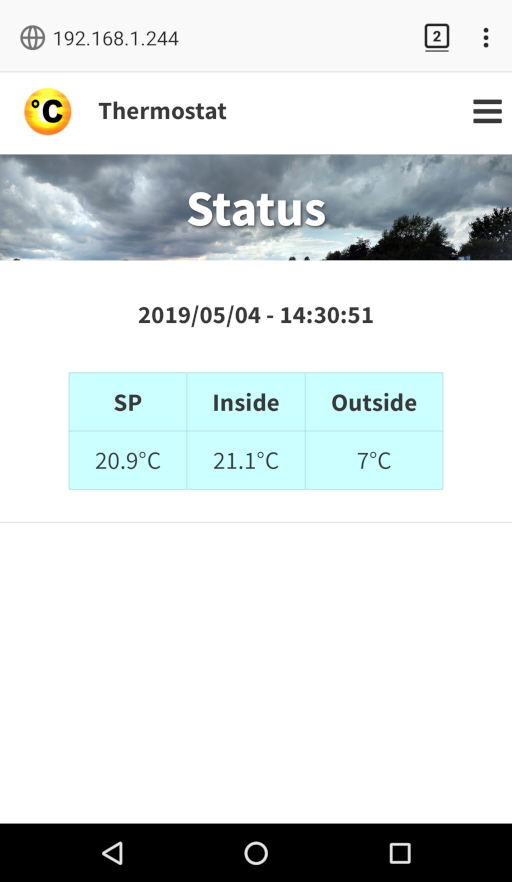 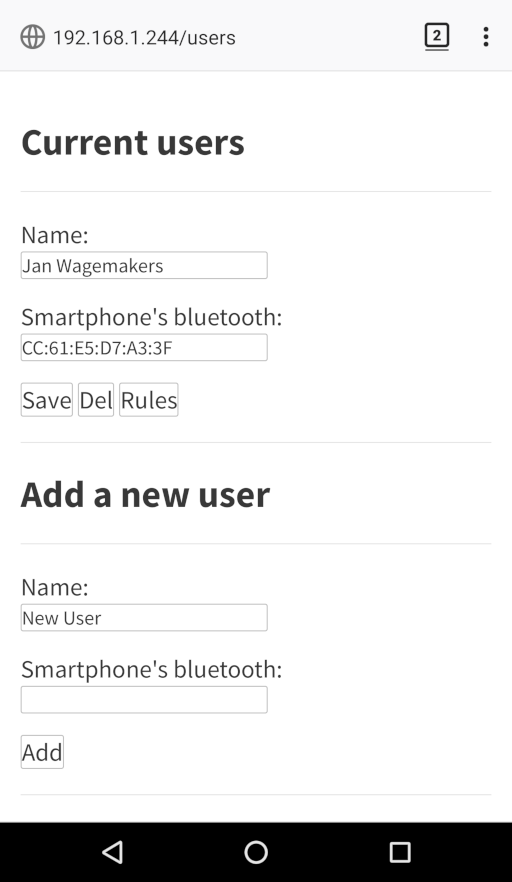 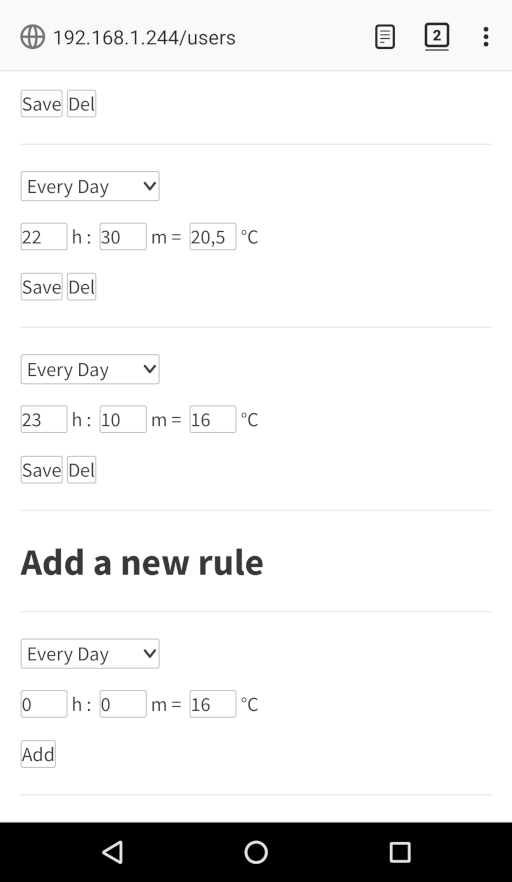 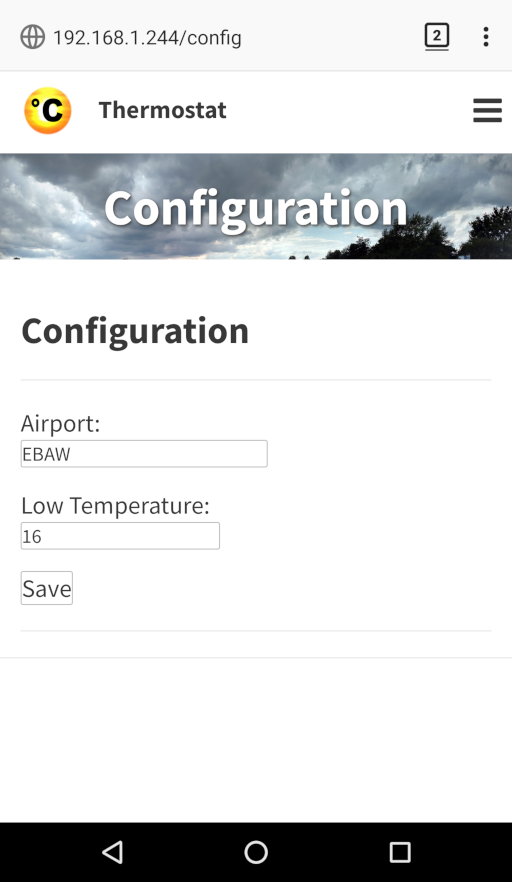